During the activity, a blind trial was performed in which a corrosion scab was developed from first principles, at a location unknown to SubTera. An accelerated corrosion process was used, whereby a corrosive solution was dripped directly onto an uncoated area of an insulated pipe heated to 80°C.

Pi was used to inspect the pipe at regular intervals during the project, and analysis of the sensor data enabled SubTera to correctly identify the location of the CUI while the insulation and cladding were fitted.

During the project, with the pipe temperature maintained at 80°C, SubTera witnessed a small volume of water (50ml) being injected into the mineral wool insulation, after which the cladding was reapplied.  The following day, Pi was used to inspect the pipe section, and the sensor data showed significant changes in the area around the water injection point, again without requiring the cladding to be removed.

The pipe section used during the project was fitted with mineral wool insulation and non-metallic cladding, both of which are commonly found on pipework and vessels used throughout the chemical, energy, and process industries.

SubTera’s CEO, David Haskett, stated that “Given ESR Technology’s experience and reputation within the energy sector, we were eager to work with their team on this project.  We we’re pleased with the results of the activity and working with ESR provided us with a great opportunity to establish an initial independent baseline for our CUI and moisture detection capabilities”.

ESR Technology commented “We were delighted to work with SubTera on this project and use our experience in the design of a carefully controlled trial to evaluate this inspection tool.”

In the final quarter of 2022, SubTera was selected to participate in the Net-Zero Technology Centre’s Open Innovation Program; during which, SubTera will work closely with leading organisations from across the industry to advance it’s passive CUI and moisture detection systems. 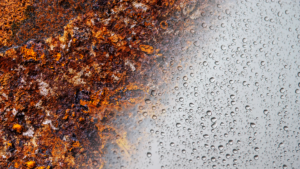